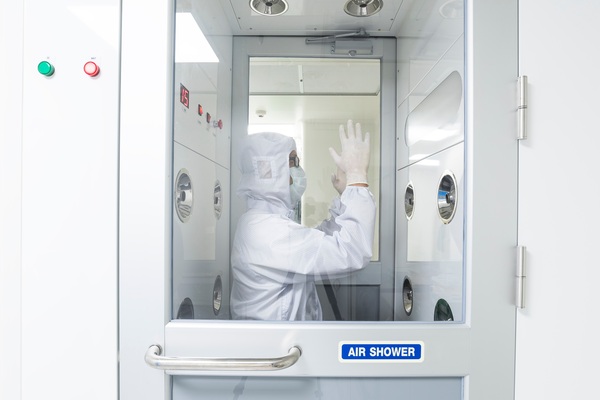 This article explores the known unknowns associated with airlocks and change-rooms. Design guidance, which is taken literally all too often, can lead to over-engineering and unnecessary complexity. This article looks at the fundamentals of airlock location and design and how systems of airlocks can help or hinder the operation of a cleanroom. We know that we need airlocks, but how many do we really need? The simple answer is “less than you might think”, but as usual, the reality is a lot more complex.

Working as a cleanroom designer, assessor and remediator, you often get asked questions that in your own mind have a black or white answer. However, in reality, your response must navigate tradition, superstition and prejudice, be drawn from vague guidelines, previous experience and cultural knowledge, consider costs, operator convenience and health and safety and all the while trying to sound sensible.

Answering a simple question about the use of a HEPA filter will have several different answers, depending on where I am in the world. Generally, the shady grey nature of my responses stems from the general ignorance of the scientific principles of how a cleanroom works. Now I make this statement not just to denigrate myself, or, heaven forbid, my clients. Rather, to denigrate the industry as a whole. I have characterised this before as a chronic lack of curiosity, and it manifests itself in the form of overdesigned and over-complicated facilities that are hard to work in, cost a fortune to run and are full of bells and whistles that can only be kindly described as redundant.

I will save my scorn for much of the hocus pocus devices that fill my inbox and crowd exhibition floors for another time. Instead, I’m going to look at something more fundamental.  In this fourth instalment of the Known Unknown series, I am going to tackle airlocks and change-rooms.

These have a fundamental purpose in cleanroom design, yet so often they are poorly applied to a layout, badly designed and can, at worst, make a cleanroom almost unusable.

Basically, airlocks provide a specific ‘break’ between rooms of different cleanliness classifications. There are other reasons too; gowning is a messy business and de-gowning even messier: the airlock contains these activities and should prevent contamination from reaching the cleaner room. Further measures can include separate personnel and material airlocks, separate gowning and degowning airlocks and sometimes even clean ‘buffer’ rooms in which you literally do nothing other than pause
before you enter a critical area. Often, we take a progressive approach, with a discrete gowning or decontamination step for every move into a more critical area. This approach applies more control to the activity, but also more complexity, more movement and potentially more opportunities for mistakes or short-cuts by staff.
In general, there are a few basic guidelines, rules of thumb or ‘understandings’ that are applied to airlock application in a facility layout:

a. You need an airlock for each ISO step up and ISO steps down. If you are going to from outside to an ISO 6 cleanroom, you will need to go through an unclassified/ISO 8 airlock, then an ISO 8/7 airlock and then an ISO 7/6 airlock on the way. The PIC/s guidelines provide a nice shortcut to this by coming up with the Grade A, B, C and D, but reinforces the iterative approach if present thinking on EU GMP Annex 1 is anything to go by.

c. The much-debated statement in the current Annex 1: 2 “The final stage of the changing room should, in the at-rest state, be the same grade as an area into which it leads” leads to the addition of buffer rooms and timing devices on the door interlocks that slow movement into cleanrooms even further.