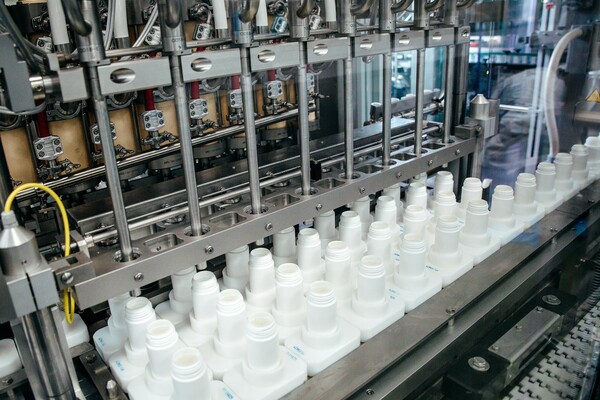 The current version of EU GMP Annex 1 arrived on the scene in 2008 and was somewhat controversial at the time.
22 Jul 2022

This review includes both factually reported information and some personal observations.

The current version of EU GMP Annex 1 arrived on the scene in 2008, comprised 15 pages, and was somewhat controversial at the time. However, it gained enough respect to be integrated into the PIC/S (Pharmaceutical Inspection Cooperation Scheme) GMP was the foundation of the development of the WHO (World Health Organisation) GMP. As we found out later, the WHO GMP was the root of the Chinese GMP. What a great legacy that many think was against the odds.

Now, GMPs for sterile products are extremely important because of the patient safety criticality and, of course, are intimately linked to cleanroom contamination control technology and the BS EN ISO family of 14644 and 14698 standards.

When revision was muted in 2017, many were unsurprised that it was decided it should be a joint project with input from PIC/S and WHO. However, we would never have guessed that the revision, still anxiously anticipated in Autumn 2022, would grow to 50 odd pages, exhaust one MHRA rapporteur, have two public consultations soliciting 8000 comments, and frustrate the industry.

Let's look at a little more of the story.

The revision is generally thought to be more comprehensive than the 2008 version, but by some, it delves into too much detail. The reason is probably because of the vastly different regulatory cultures in the EMA and PIC/S regions. Should it be guidance on what needs to be achieved at a high level OR a detailed set of preferred solutions that can be inspected against?

The revised annex is, of course, based on the pharmaceutical quality system (PQS) and quality risk management (QRM) with the focus to aim to minimise microbial contamination and ensure the quality of sterile products that are manufactured. Naturally, there is also new content on barrier technologies designed to promote the importance of devices such as restricted access barrier systems (RABS) and address the previous guidelines' ambiguities.

Somewhat surprisingly, the revision also includes a complete section on detailed requirements for water for injections (WFI) systems. This was included as an emergency expedient measure to cover the European Pharmacopoeia (phEUR) change that allowed distillation or an equivalent purification process, such as reverse osmosis, when coupled with other appropriate techniques. The EMA was very concerned about this change and wanted the phEUR to cover the GMP aspects; they declined. What was really needed was a new balanced, comprehensive annexe on pharmaceutical water systems.

There is also new content on closed and single-use systems used for aseptic processing, which is catching up with what the industry is already doing.

In the cleanroom arena, we expect to see some refinements and changes. Filter leak testing requirements as a principle will be required, but methods and acceptance criteria are likely to rely on the latest version of BS EN ISO 14644-3. The more exciting and challenging part is the likely change to the airborne particle cleanliness levels required for formal classification and monitoring of cleanrooms and clean zones. This significant issue underlying this change is the old chestnut of the "5-micron particles in Grade A zones" and the need to get to grips with the normative classification specification in BS EN ISO 14644-1:2015 and the informative guidance about adapting the Macro-particle descriptor as suggested in Annex C7. We anticipate the requirements in a Grade A zone will be to classify at a single threshold particle size ≥0.5 microns and monitor at two threshold particle sizes ≥0.5 and 5.0 microns.

We look forward to an end to the years of speculation and the chance to move on. Of some concern, Paul Gustafson, chair of PIC/S, presented at an ISPE Bethesda meeting in March 2022 and concluded that "plans are underway to develop an aide memoire to ensure the document is implemented in a harmonised way" and that although not published yet, regulators are already thinking about the long-term and planning an update. Those unfamiliar with the concept of a regulatory "aide memoire" should look on the PIC/S website (see https://picscheme.org/en/publications ) and note that these are numerous and are targeted at inspectors but, of course, also confer guidance to industry on the interpretation of requirements.

You must be logged in as a member to add comments.